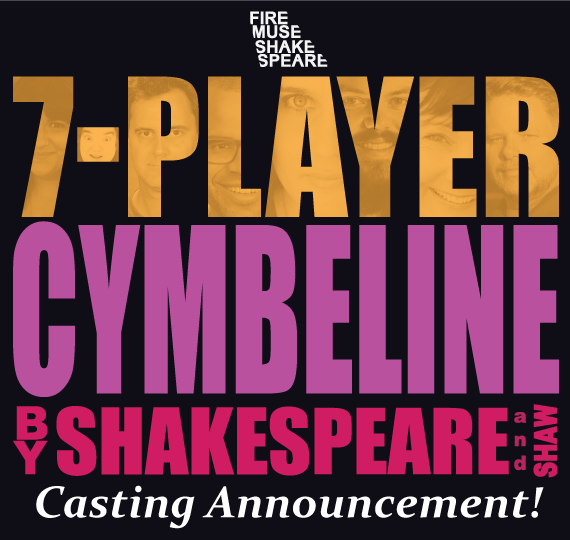 FireMuse Shakespeare is proud to announce the cast of its inaugural live production, 7-Player Cymbeline!

These talented performers will be taking this 90-minute, stripped-down adaptation of one of Shakespeare’s lesser-known works on the road LIVE beginning June 5. We’re combining the text from the Bard’s late-period romance with George Bernard Shaw’s rewrite of the ending, and tossing in a game-show for good measure, all done with seven performers and a stage manager playing twenty-nine roles.

Running through Labor Day weekend, performances will be on Saturday afternoons this summer, presented FREE for private audiences, outdoors (socially distanced) and at the audience’s location.

For more information on how to book YOUR performance, contact us!

Check out our announcement video...